Welcome To Our Party

As a Fighter Pilot, Caine says he constantly relied on his faith and today serves as a Sunday school teacher for his church and is a mission trips leader. He says that the freedom of religion is under assault and he is committed to defending people of ALL faiths to be able to exercise their faiths freely.

Whether it be our freedom of speech, our right to keep and bear arms, or the most important right of all, the right to life, Colonel Caine is a stand for all of the freedoms we hold dear.

Living in many parts of the world during his service to our Nation, Caine realized that America really IS the Land of Opportunity and that there is nothing greater for Florida, the country, or our world than unleashing American ingenuity.

Caine believes the Federal Government shouldn’t be trying to fix people’s personal problems. Its role is to clear the path by reducing needless government regulations, keeping taxes low, and simply getting out of the way. Caine wants to empower individuals, families, businesses, and states to solve their own problems without the Federal Government trying to fix them with a 2,000 mile long screwdriver.

We also need to return to a culture where we reward success instead of promoting mediocrity. That’s why Colonel Caine doesn’t support the liberal snowflake approach where everybody gets a trophy. Having the ability to succeed or fail and bounce back is what makes America truly great.

In Congress, Colonel Caine is committed to setting a new standard for how our political leaders work together to solve problems for our country.

Caine believes that while we may not always see eye to eye, Americans from all backgrounds can come together around our shared love of freedom and our Nation’s founding documents that enshrine our rights.

Caine believes part of American Exceptionalism is the spirit of our people. He sees one of his major roles in Washington is to get a broken Congress working again and partnering with anyone who will empower Americans to succeed on their own.

As a retired military commander, Caine can help the military grow and prepare for the future. He sees the creation of the Space Force and modernizing our fighting equipment as opportunities for the military that he is especially qualified to strengthen.

Colonel Caine sees that the natural home for the Space Force is the Space Coast and he will be a leader in making it happen.

Caine understands the challenges facing our military members, veterans, and their families. Colonel Caine knows what it takes to deliver for those who put themselves on the frontlines for our freedoms.

Confront China and maintain our standing as the world leader. Caine was a Division Chief for the Deputy Undersecretary of the Air Force for International Affairs, where he worked building partnerships with our allies throughout Asia.

During this time and his Masters-level degrees, Caine became a leading expert on confronting China and the Communist Party, which seeks to spread its influence throughout the world, including business, entertainment, and the news media. Caine is passionate about the United States taking the right actions today to ensure we do not take a back seat to China over the next century.

Caine’s vision is that by the time he leaves office, politicians are no longer piling debt onto American taxpayers and we have paid off a huge chunk of our national debt. He will fight to reverse the spending trend in Washington and make fiscal restraint a priority.

Leading large bureaucracies in the military, Colonel Caine saw on one hand, how budget cuts were done poorly through Obama’s disastrous Sequestration and on the other hand, how you could save taxpayers’ money without hurting our safety and security.

As a fiscal hawk in the Department of Defense, Colonel Caine took the highly unusual action of returning taxpayer dollars for programs that he deemed unnecessary, often to the shock of colleagues who said, “if you don’t spend it, they won’t give you more!”

As a Member of Congress, Caine will make it his mission to transform this bureaucratic attitude and the broken budget process in Congress that stokes it.

Colonel Scott Caine is a devoted husband, loving father, faithful Christian, and 30-year veteran of the United States Air Force. As a fighter pilot, Scott’s stellar military career included over 3,000 flying hours, primarily flying A-10’s, and culminated with his final post as Vice commander of the 9th Air Force, where he led more than 29,000 military men and women. 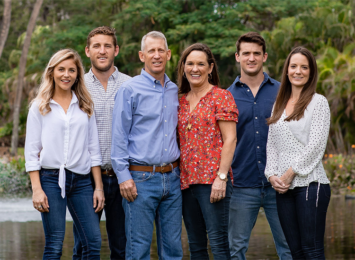 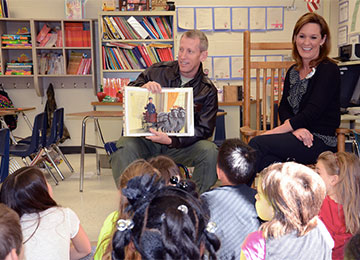 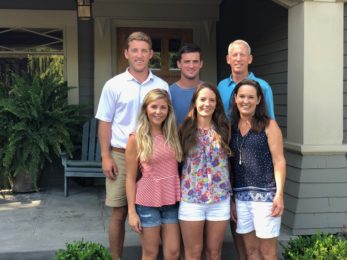