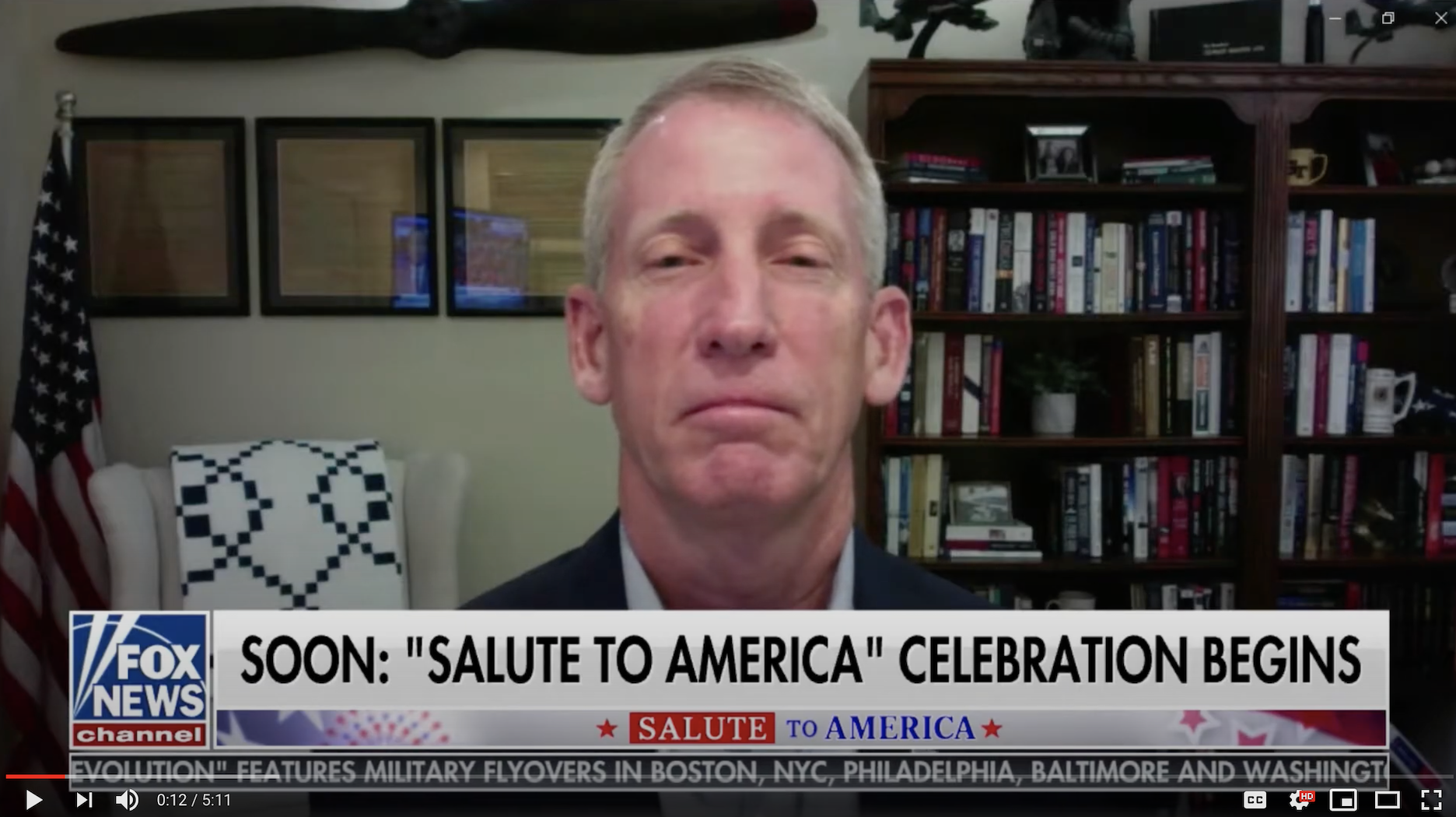 I was honored to be on Fox News Channel with the Fox Report’s Jon Scott and fellow guests Congressman Adam Kinzinger and Combat Veteran Joey Jones to celebrate America as part of Fox’s coverage of President Trump’s “Salute to America” event at the White House. I spoke about American Exceptionalism and celebrating America’s Armed Forces. Since my appearance, I’ve received grateful notes from fellow military personnel for highlighting the service of so many great Americans. They know I understand the challenges facing our military members, veterans, and their families. I also know what it takes to deliver for those who put themselves on the frontlines for our freedoms.

I believe in my bones that Freedom only endures when we reject the misguided practice of erasing history and instead renew our vigilance in fearlessly defending our founding principles.We need people in office who will lead by example by following through on their commitments. Now, more than ever, we need strong conservative leaders to stand up, preserve, and promote Liberty in America and Reignite American Patriotism. 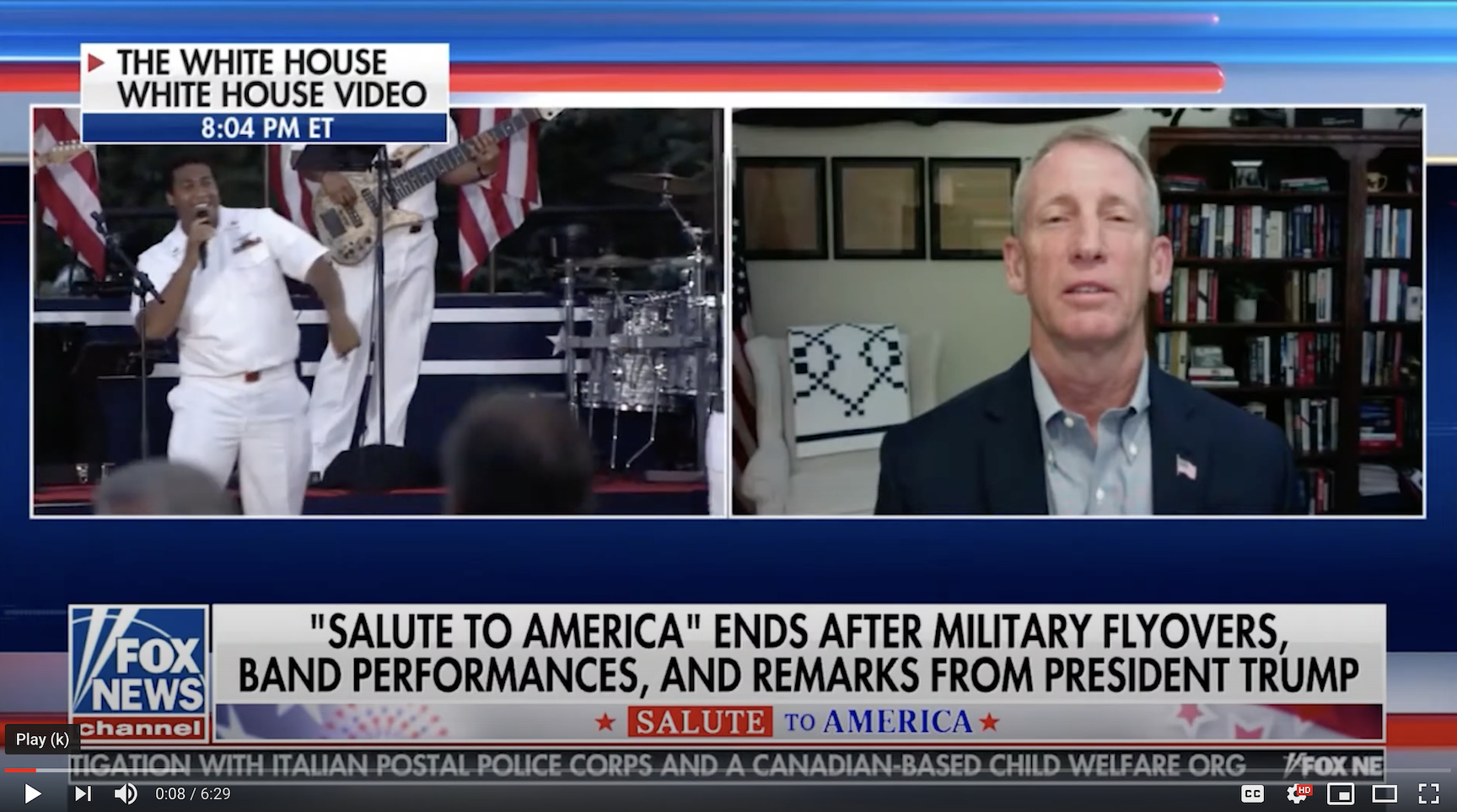